Well I’m totally In shock!!! The best dressed horse at the Galway Races came out yesterday and told everyone to piss off and get a life because trolls and some other such creatures seem to have been picking on the horse..why? Fuck knows or cares ..the reason I’m In shock is I didn’t know that horses could talk !!! Or use Twitter to tell people to piss off….this horse is amazing!!!!! Oh wait I ve just been informed that it’s the best dressed lady that told trolls and such creatures to piss off…..ah who gives a bollox what she is shiteing on about. I thought something interesting had for once happened at the races….but I guess not. The best dressed lady being bitchy …what’s new there!!!!!

Now back to important issues….banking. The Wall Street Journal came out and said that basically the numbers had been cooked to make it look like the recovery for the recession was better than it was. The true numbers show the worst economy growth since world war two. This comes as stress tests were placed on banks world wide to see could they cope with a another recession…..most of the fucking banks failed!!!! Also Italys oldest bank was bailed out over the weekend to the tune of €5 billion. Am I the only one seeing a pattern forming here…..it’s like the recession warnings all over again….wake up!!!!! It’s now being put as trendy and cute to be poor so that people can point fingers and say ” oh look at you, you re so rich….you don’t have it hard like me” ….this is coming from middle class 20 somethings who pay four times the rent for fours times less space houses /apartments because they think it’s “cool”….it’s fucking not!!! All they are doing is making the banks richer as guess who owns the property since the last recession…..the banks. The circle completes itself again and now the 20 somethings are going fall into the same traps we did. Fuck that….there is nothing trendy about being poor…I ve been poor and anyone who truly is will tell you it sucks….so point ur finger at me and I ll break it off and shove it up you’re ass.

Also something to bare in mind is that anywhere it says “central bank” means it is private owned. I think there is only three countries without private owned banks…one of whom is North  Korea…so you see the kinda places they are. So when a government needs money they go to the central bank for whatever amount ( the bank only need 1% of the amount in assets to back it up) and they print it up and give it to the government as a loan. Which the government then spends on fuck knows and charges you tax to repay it…..so in other words…the central bank give a loan to the government which is just paper which the government must pay back with real money plus interest…so it’s the ordinary people who get screwed. You have to pay to a private bank real money for just paper. The rich bankers get richer again…it’s that simple. Who are the owners of these central banks….no one knows as they don’t have to say who they re board members are! It makes me sick to think about the billionaires of the world just want more and want you to have less and also pay for they re fuck ups!!! Ah I can’t talk bout it any more. So onto another wanker…..Pope  Francis!!!! 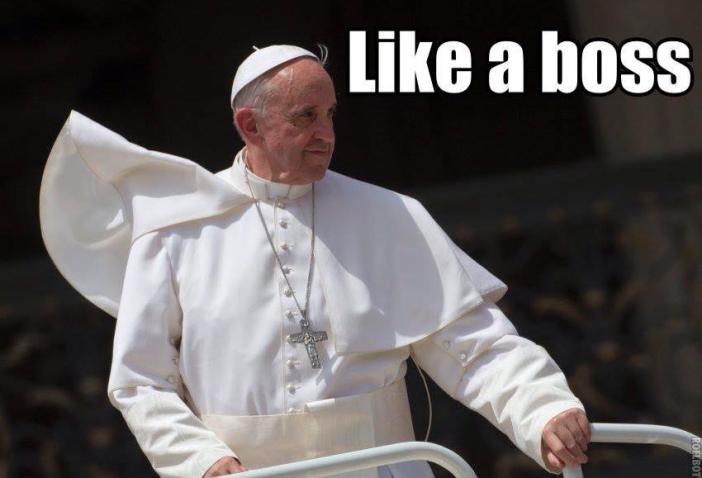 What is this tool head thinking. He said yesterday that Islam is not a violent religion and openly defends Muslim by saying ” it’s not right and not true that Islam is a violent religion” and ” that Islam is not connected with terrorism ” what the fuck is this guy smoking….the priest in Normandy had his head cut off and a priest was stabbed to death in Belgium yesterday by Muslim refugees because he had no money on him for them when they tried to rob him!!! This on top of 200000 Christians killed in Syria is the last 2 years by ISIS ( whic is mostly  sunni Muslims….the nutter kinda of muslim). This Pope is a fucking joke….the stuff he comes out with is just insulting !Pope Francis has also called for Europe to welcome sunni Muslims to Europe and that more mosques to be buildt. He also called for a one world religion 12 times in one speech and I wonder what religion will be …..Islam. This guy is a clown. I’m a catholic and hurts me to say that the leader of my chosen religion is trying to sell me out. So I say NO, FUCK YOU!!!! Unfortunately there is a war coming and we re all going to be sucked into it and here is this clown basically stirring the pot….sorry dude I ain’t buying the shit you selling and neither is anyone other than the muslims your supporting. 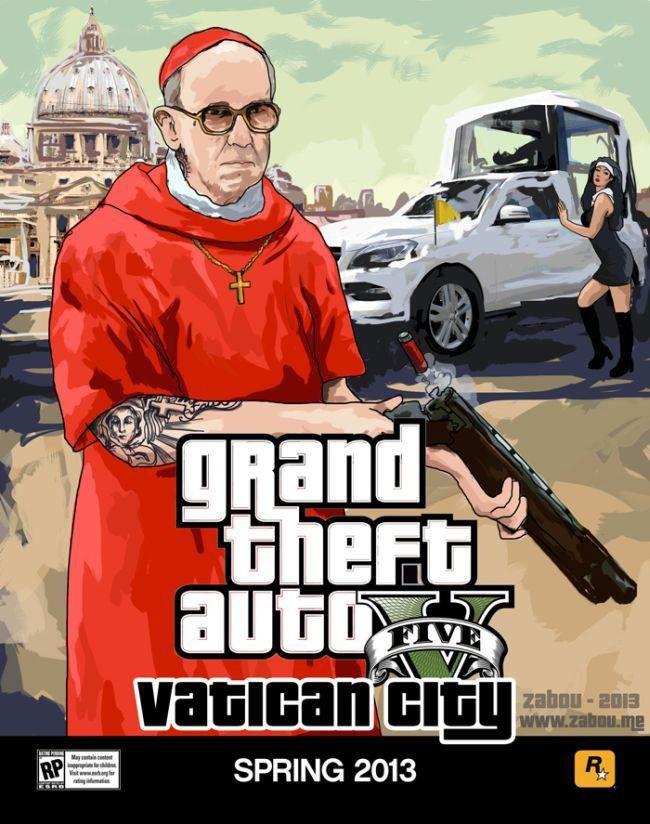 I’m pissed off and getting angry so…

Until tomorrow guys and gals…..be careful what you say about the best dressed horse I mean lady because you may be called a troll and told to piss off….